Every year a select group of Kentucky school districts perform better than expected on measures of educational achievement. These measures include things like the percentage of elementary students who achieve proficiency or distinguished in reading, or the proportion of less‐advantaged middle school students who show a similar level of competency on the math assessment. 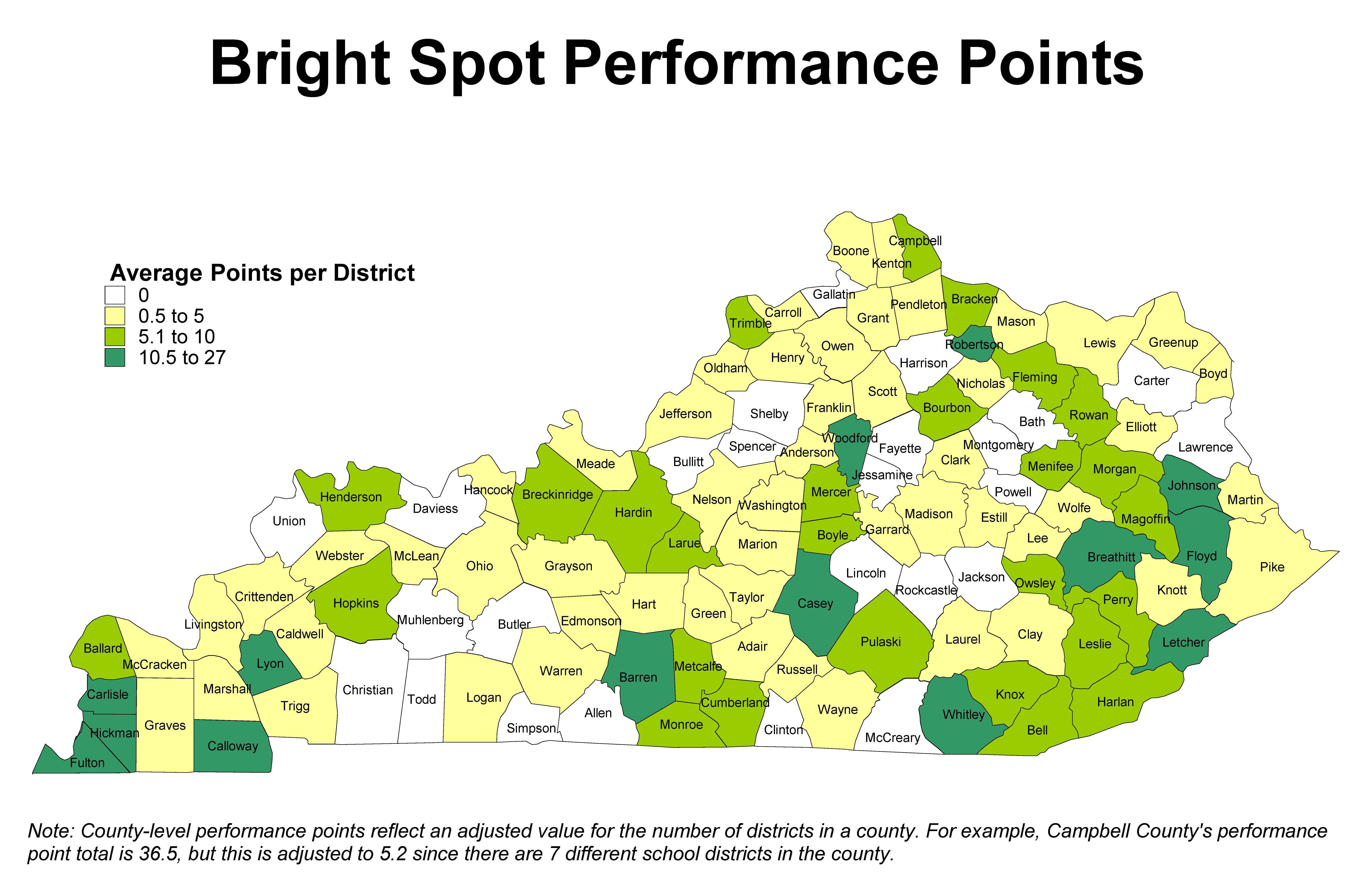 Using a holistic approach, seven different outcome measures were evaluated to identify any districts that met two conditions: first, when considering all of the students, the district performed better than expected in at least one of the years using the model without the district‐level effect; and second, when considering only less‐advantaged students, the district performed better than expected in 2017 using the model with the district‐level effect variable. By using these two conditions, we identify twelve districts where all students (on average) perform better than expected at least once during this period, and less‐advantaged students show steady progress over the time period culminating with a better‐than‐expected outcome in 2017.